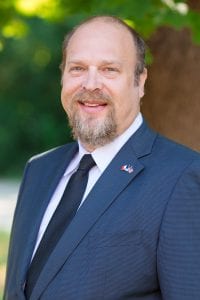 Kodak, Tennessee-Effective immediately, James P. Wirtz II has been named President of REP Corporation, the longtime leader in rubber molding presses and related equipment for the North American market. REP Corporation is a subsidiary of REP International, based in Lyon, France.

Jim Wirtz came to REP in 2014, when he was named Service Manager for the company. His appointment follows the recent announcement by previous president Tim Graham, wherein Graham decided to take a reduced role at the company.

Jim observes, “REP is committed to making this change as more of an evolution not a revolution, at the company. The old maxim in business says if it ain’t broke, don’t fix it. While we will continue to develop new molding machines for the rubber and TPE business in North America, plus enhance our offering with recently introduced devulcanization equipment as well as REP Pack 4.0 production management software modules, I can assure our many customers and associates in the industry that some things will never change. Those include our commitment to advancing molding technology, providing the best overall solutions to parts manufacturers and, most importantly, supporting our machines with a training and service business model, second to none in the industry. That aspect of REP will be our benchmark, going forward, as we seek to remain in our market leading position.” Since its beginning in 1970, REP Corporation has grown to be the acknowledged top supplier of molding machinery in the North American market.

Wirtz brings nearly a lifetime of experience in the rubber molding industry to his new post at REP, as his family owned and operated Wirtz Manufacturing, likewise a longtime leader in injection molding, based in Michigan, where Jim learned the business from all aspects of mold design and contract production. When the family business redirected itself into battery manufacturing in the mid-1990’s, Jim’s passion for the rubber molding industry continued, as he helped design and construct various manufacturing facilities across the United States, in the rubber industry. “My entire working life has been centered around the rubber injection and extrusion business. It is an honor to lead REP Corporation and be a part of the REP International global network, staying in the industry where my grandfather, father and I have all spent our careers. It’s where I belong,” Jim notes.

Wirtz will be responsible for the management and corporate direction of REP Corporation, a leading supplier of injection, compression and transfer molding presses, plus tire making and devulcanization equipment. He will be based at the new company headquarters, recently opened in Kodak, Tennessee, near Knoxville. Other announcements regarding this new facility will be forthcoming, according to company sources.