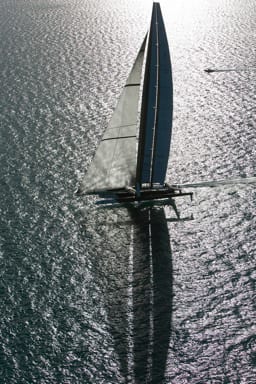 We all welcomed the news of your success in winning the Cup.
And the story on Forest City Gear is popping up all over the trade press, here in the States.
Good news, all around!
Thanks for your help, Jon.  Enjoy the victory.
Tim 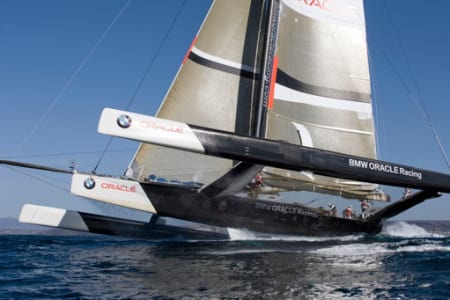 I don’t think we could’ve written a better script!  The victory will carry the article a bit further for you I’m sure.  It was incredible to pick up the America’s Cup last night.  I’ve been chasing it for more than 10 years!

Check out our press release on FCG and BMW Oracle teaming up.

Go to our Facebook page to see more pictures of the BMW Oracle. 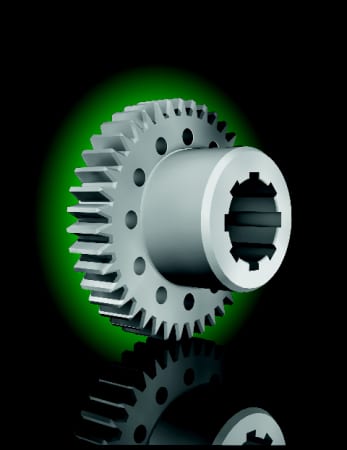 Critical winch crown gears to be used by BMW ORACLE Racing on their state-of-the-art trimaran in the America’s Cup match on February 8, 2010 in Valencia, Spain

The winches on a racing yacht are critical items of equipment.  Speed, reliability and weight are important factors when determining which winch packages will be installed on a racing yacht.

Forest City Gear supplied crown gears and splines of special high-strength, lightweight and corrosion-resistant titanium for use in the engine & winch system of the new BMW ORACLE Racing trimaran.  BMW ORACLE Racing is currently competing in the prestigious America’s Cup event in Valencia.

Made from Ti-6-4, a popular alloy often found in aerospace applications, this material is extremely durable and was determined ideal for this project by the Alpha Engineering Consulting designers, customer of Forest City Gear.  The process used to manufacture these gears and their corresponding spline components was hobbing and shaping, respectively.  The crown radius was the point of main concern, owing to the extreme stress and motion present when such gears are in use.

As Jon Williams, a member of BMW ORACLE Racing’s shore team explained, “During the build-up to the previous America’s Cup in Valencia, Spain, we undertook development of our own transmission components for the winch systems on our yachts.  After careful study, we had determined this was a critical area for improveing our performance on the water.”  BMW ORACLE Racing was looking to reduce mass and increase in mechanical efficiency of the gear and spline assembly.  A prototype project proved successful and the team undertook a complete redesign of the gearboxes for their USA87 and USA98 yachts.   These new gearboxes were manufactured in New Zealand and used by BMW ORACLE Racing in the America’s Cup.

The current edition of the America’s Cup sees different rules than previous Cup programs.  Under these rules, all equipment for the yachts must be constructed in the country the team represents.  In the case of BMW  ORACLE Racing, who races under the flag of the Golden Gate Yacht Club of San Francisco, California, this means all equipment must be made in the USA. 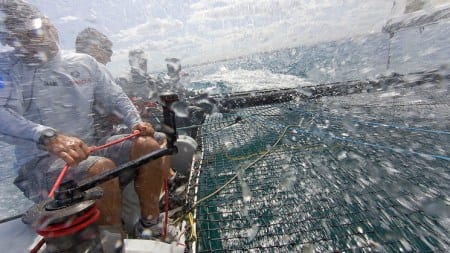 Williams continues, “The construction of our trimaran was a formidable project and it was clear we needed to utilize group of vendors with specialist skill and expertise.  Our project called for a fairly wide selection of gears, splines and driveshaft components, some of which were non-standard sizes.  Two vendors we selected to produce these components were Arrow Gear and Forest City Gear”.

For Forest City Gear, Jared Lyford and Tom Christenson ran the project.  The gearbox casings and other associated parts were manufactured by RB Enterprises of Everett, Washington.  For Arrow Gear, Joe Arvin ran the project to deliver the bevel gears.  Final assembly of the gearboxes and their installation occurred at BMW ORACLE Racing’s structural R&D facility in Anacortes, Washington.

At the conclusion of five weeks intensive testing on the waters off Seattle, WA & San Diego, CA, the gearboxes were removed for inspection.  The results were impressive: the gears were only showing the first signs of polishing on flanks.  They looked new!!  It was concluded that the gears were a significant improvement on the New Zealand sourced gears used by BMW ORALCE Racing in their previous America’s Cup program.

Williams concludes, “Arrow Gear & Forest City Gear have provided the team with a quality product.  We would use them again.”

Check out the BMW Oracle photo gallery on our facebook page