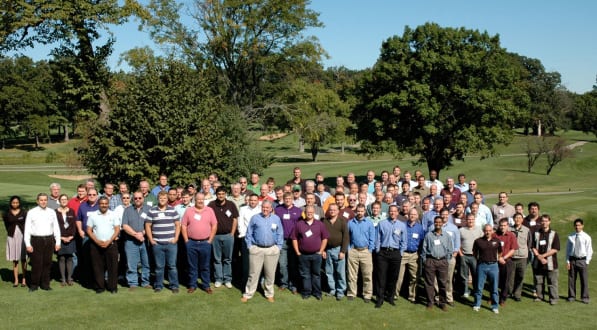 Schaumburg, IL –Removing Roadblocks to Success was the theme for the 2011 MAGMASOFTNorth American User Group meeting, held September 13-15, 2011 at Eaglewood Resort & Spa in Itasca, Illinois. One of the main purposes of the annual MAGMASOFTUser Group Meeting (UGM) is for MAGMA to provide its users with ways to be more successful using MAGMASOFT, the leading simulation software in the foundry market. MAGMA has learned that their users benefit greatly by gaining knowledge from each other as well as relying on the MAGMA engineers for technical support. 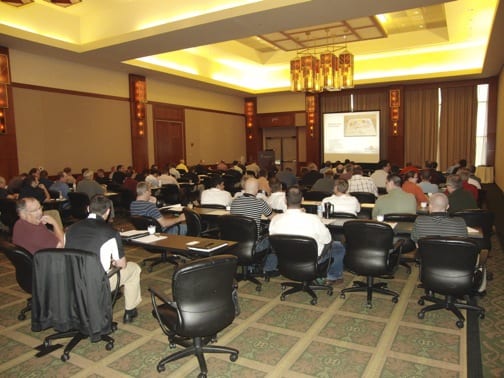 MAGMA looks to its customers to help them continue to improve and grow as an organization. MAGMA sees itself as an asset to their customers’ entire organization and wants to help them to not only utilize MAGMASOFT to its fullest potential, but to go beyond the engineering department and implement MAGMASOFT in their entire organization, i.e. in sales and marketing, production, and quality departments. The more areas in the customer’s organization where MAGMASOFTis utilized, the more productive and profitable their operations become, according to company president Christof Heisser. 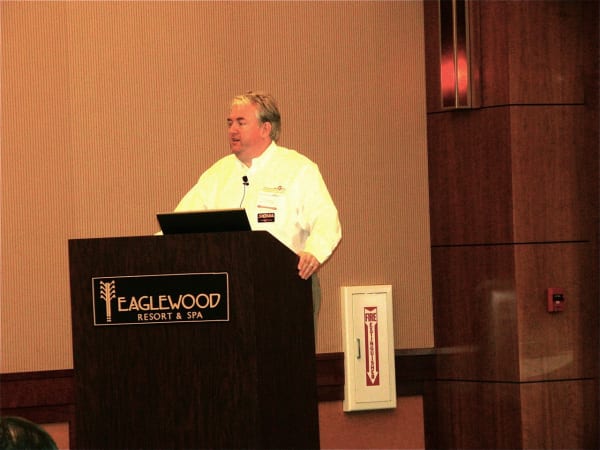 MAGMASOFT users addressed the group with their presentations.  Greg Miskinis from Thyssen Krupp Waupaca presented “How To Get Management to Write the Big Check.” Keith Pearl from Caterpillar South Milwaukee discussed “Utilizing MAGMASOFTin the Supply Chain.” Brodie Biersner and Sairam Ravi, both from the University of Northern Iowa, presented papers on mold instrumentation and simulation of veining defects using MAGMAapi, respectively. Lastly, Charlie Monroe from Caterpillar closed out the general session with his presentation entitled “Save Money Using MAGMAfrontier.”

In addition, three candidates, Ivy Courtney from Riverside Brass, Jason Lythjohan from Premier Aluminum and Ian McNally from Hodge Foundry gave their presentations for their MAGMASOFTCertification within the MAGMA User Group. 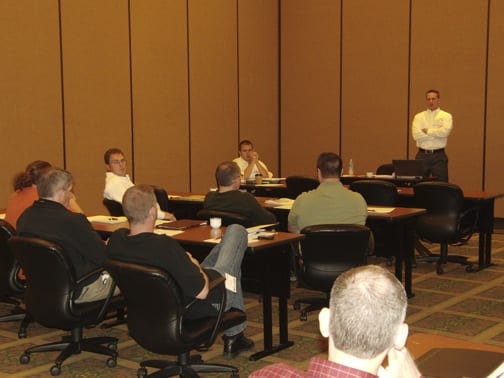 After completing a questionnaire regarding different roadblocks during the general session, the 120 MAGMA users in attendance were split into one of four categories: HPDC, Non-ferrous, Steel or Iron. In these groups, potential roadblocks such as set-up and analysis of simulation, calculation times, hardware (memory, speed), capability (training) of users, immediate management, upper management, workload, communication issues with customers, as well as others were discussed in a peer-to-peer group setting, with attendees as well as MAGMA staffers providing possible solutions. 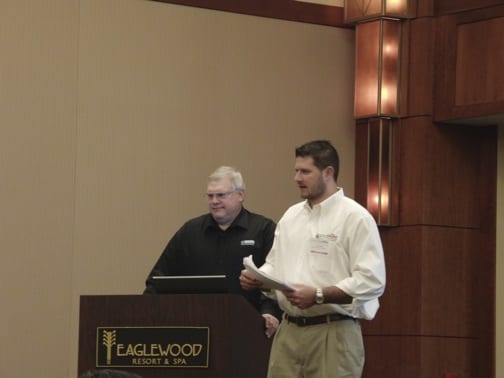 The advanced use of MAGMASOFTand specifically its latest version MAGMA5was a recurring topic in the traditional small group breakout sessions.  In addition, guest speakers presented process and alloy specific topics, creating an environment for interaction between these technical experts, users and MAGMA staff. To close the two-day meeting, details of the anticipated version 5.2 and future developments were presented to the User Group.