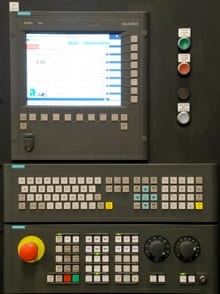 As Alpine’s VP of Engineering Jay Ragusa observes, “We had a very successful machine design from the 1990’s and it had performed extremely well, but we saw dramatic improvements in new controls and data transmission technology from our longtime partner Siemens together with their local distributor, Dittman & Greer (Middletown, Connecticut), a specialist in electric temperature systems and machine controls.” Among these advancements, Ragusa notes, are a new zone temperature control system, as well as the Box PC with full automation and visualization software onboard running with WinCC.

Alpine had a “light bulb” moment, as Ragusa explains. “We quickly realized this new system would give us the ability to design a machine with a complete zone temperature control system and remote I/O, plus the necessary hardware and touchscreen HMI to give operators and production management an entirely new approach to in-process control and product quality monitoring”.

The company conducted its due diligence, calling in various competitors for the business. Thorough testing in the Alpine lab pilot plant was conducted, with strong emphasis on component failure analysis, system fault detection and the robust qualities of the competing systems for 24/7 use in the harsh environment of the blown film industry.

“Beyond those benchmarks of evaluation,” Ragusa continues, “we were seeking a system with enhanced flexibility, so we could provide our customers a better way to change recipes in a quicker, more efficient manner, while maintaining a very high degree of product quality.” 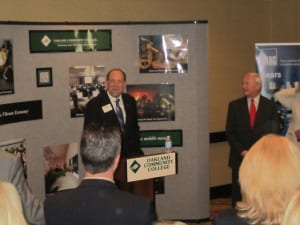 After the completed testing and evaluation process in-house at Alpine, the decision was made to move forward with the Siemens system, comprising a new zone temperature control, Profinet communication platform, motors, drives, PLC and touchscreen HMI.

As the new system and other improvements were implemented into the first machine built and test-run at Alpine, a documented higher yield was achieved, with a higher degree of control accuracy. Ragusa notes there is an additional benefit of real-time monitoring and adjustment of all machine conditions.

This new machine included up to 120 separate temperature control zones. According to Ragusa typical systems allow for a 2º-3ºF variation in zone temperatures; with the new system that variation is reduced to less than 1ºF.

Jay Ragusa also details other system improvements made by Alpine on the new machine. “The new industrial flat panel on the PC has a wider screen for easy viewability. Plus, our older system, while modular, had little remote I/O and the new system brings us that benefit, too. The auto-tune function, combined with the better CPU in the PLC, gives us a much stronger package of internal software in combination with hardware. Since we were making the transition within a Siemens protocol, no significant software conversion was required and all data feeds continue on Profinet.” 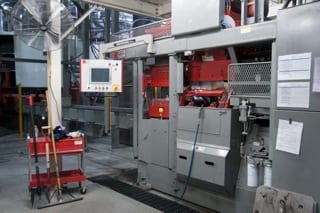 Data transmission overall has also improved, he notes, as the communication speeds are significantly faster, plus the open architecture of the system can convey all data to the other departments seamlessly.

Two more advantages of the Siemens system include the plug-and-play remote I/O hardware and the open architecture of the control system. The quick- connect, plug-and-play remote I/O hardware reduces installation, commissioning and replacement time of the system hardware. The open architecture of the control system allows end-user adjustment of control parameters to suit each specific application and stores thousands of recipe data points. Alpine routinely customizes the front end of the controller HMI to facilitate easier customer training and a seamless transition from legacy systems for operators in use.   As Ragusa notes, “The field wiring savings alone are incredible, as our machines are fully tested in our facility, then dismantled and assembled onsite at the customer location.”

On the maintenance side, a customer can quickly determine component faults and either take corrective action or literally order a new component from the onboard controller, as the Siemens protocol offers internet connectivity.