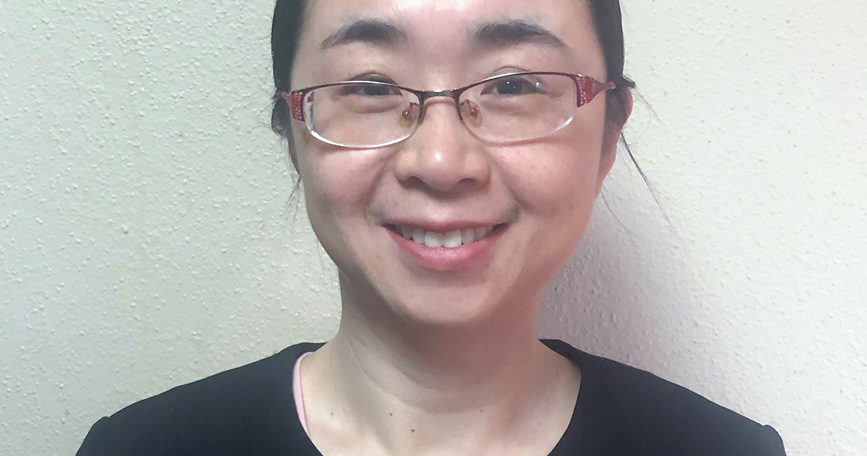 Shelly Shan Pushing Herself to the “Edge” at Siemens

As part of the digitalization group at Siemens and currently working with the machine tool systems business in Elk Grove Village, Illinois, near Chicago, Chunrong “Shelly” Shan is a digitalization software pre-sales engineer, primarily focused on the company’s advanced Industrial Edge technology.  Edge brings machine tool users the ability to capture operational data from a machine or production line, feed it up to the cloud and analyze it in real time, in relation to a preset battery of monitored conditions.  This technology, on a very practical level, enables the small job shop with a few CNC machines or a large production department with hundreds on the factory floor to maintain the highest levels of output coupled with consistent and constantly evolving manufacturing control, largely running through the algorithms in the machine’s control.

Shelly finds such work very stimulating.  “In my current role at Siemens as pre-sales engineer, my primary task is to help our customers develop customized programs based upon our Edge technology platform to improve their manufacturing productivity.”  She cites a recent example of her work, where she developed a software application for a top U.S. automotive manufacturer to capture the high-frequency data from the CNC on their many machine tools, then send that data to what Shelly calls the “data lake” for production optimization.  Through the use of Edge devices on the various machines, such data are extracted from the machine controllers and fed to that data lake.  Shelly notes it was a very big challenge, since the end user’s data lake uses a very specialized, proprietary protocol not supported by the standard Siemens solution.  “That’s where it got interesting,” she muses.

Through a series of customized adaptations in the software, Shan was able to create a smooth interface between the data gathering and the host protocol, resulting in an optimal solution for the customer.  One of the most significant challenges in Edge technology is something of a “too much of a good thing” scenario, as the power of Edge allows massive data sets to be gathered.  The software needs to separate the data, prioritize it, compare it to preset levels or limits, then take the appropriate corrective action, all within milliseconds.

Shelly Shan brings an impressive skill set to the task, as she holds a Master’s degree in computer science from Penn State, as well as a Master’s degree in Mechanical Engineering from Beihang University in her home country of China.  She first worked for Siemens in China for 11 years and now four years at the company’s U.S. machine tool headquarters in Chicago.

Shelly’s skills range from software development to AI, big data and cloud computing.  She came to the U.S. when her family migrated.

In reflecting on her reasons for entering the engineering field, Shelly states, “I think it involves a combination of my personality and my technical interests.  I feel most comfortable and engaged when I’m solving problems for a customer.  That gives me a lot of strength and confidence, as well as joy in helping others.”

She makes mention of her mentor in China.  “I had one colleague there who was simply good at everything!  He could master technologies, problem-solve very quickly, and he was capable of numerous achievements simultaneously.  His top skills were controller commissioning and debugging, as well as digitalization coding.  I would say he definitely gave me a lot of help and guidance, as I worked to find the right directions in my career.”

Shelly enjoys her variety of tasks in customizing Edge application development and she seeks to do further software development for Siemens.

As a woman engineer, she notes there are both advantages and challenges.  “Everyone tends to be very friendly to the often-lone woman in the room, which is nice,” Shan notes, also noting that it is sometimes difficult to talk to anybody about makeup or clothing styles.  On the business side, she believes females tend to be more careful about details and can often communicate more easily with customers.  The issue of work-life balance can also be a challenge. “Women often feel the need to take care of family as well as work, plus travel can be difficult, but I handle it.  The company is also very supportive and flexible in helping me achieve my goals.”

From her performance and track record in the industry with a major corporation such as Siemens, Shan seems to handle it all quite well.

Asked where she sees herself in the coming years, Shelly observes, “I am sure I’ll still be working as an engineer and I’d like to make more contributions to the technology.  I think the future for women in engineering is very bright and promising, as it will continue to drive the development of many technologies and improvements in our world.”