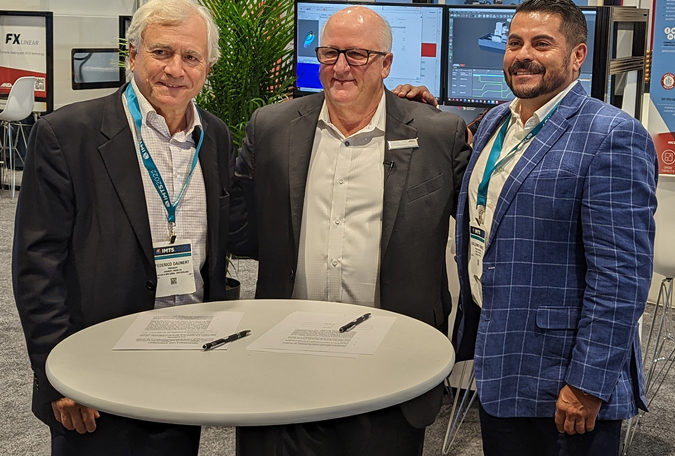 Fravic Daunert, a specialist in the distribution and commissioning of machine tools and accessories was developed with the union of two companies, the Fravic Group and Daunert Machine Tools. The first is a company that is established in the industrial sector that focuses on distributing machine tools including turret lathes, Swiss lathes, machining centers, CNC grinding machines, and much more.  The second is a Spanish company, based in Barcelona that has specialized in the distribution of machine tools and accessories in a variety of industries for over 105 years.

According to Guillermo Ramirez, the CEO in Mexico of Fravic Daunert, the partnership between Fravic Group and Daunert Machine Tools was established a year ago to “serve the Mexican market with brands that Daunert represents in Europe.” To ensure proximity to local industry, Fravic Daunert has two offices in Mexico, one in Sahagún City, Hiladgo state and another in Queretaro State.

With a 2020 manufacturing output of $232 billion in Mexico, ANCA knew that they wanted to grow the company’s presence in the country. ANCA President, Russell Riddiford said, “ANCA is already established in the Mexican market, with over 160 machines installed around the country, but we know that the manufacturing industry in Mexico is a strong market for us, and we want to make sure we focus on continued growth in the region.” What better way to continue that growth, then to partner with a company you trust?

ANCA has been well represented by Daunert in Spain for many years. The partnership is already established, and proven, so the decision to partner with them in Mexico was simple. The partnership between ANCA and Fravic Daunert in Mexico has been in the works for months, but it was finalized in September at IMTS 2022 in Chicago, IL. Fravic Daunert will distribute the entire range of ANCA products, including ANCA’s world class CNC tool and cutter grinders, as well as the accessories that accompany them.

Present at the signing was Mr. Riddiford, as well as Mr. Ramirez, and brothers Fritz and Max Daunert, from Fravic Daunert. Fritz is the vice president, while Max holds the position of general manager. Sales representatives will promote and represent ANCA products in San Luis Potosi, Guanajuato, Queretaro, Aguascalientes, Puebla, State of Mexico, Mexico City and Tlaxcala in conjunction with ANCA regional manager, Denny Smaic.

This partnership with ANCA is significant because it is, “A great opportunity, since in the Mexican market ANCA machines are widely used in the automotive, aerospace, medical and electrical industry for companies to manufacture their own tools.” This allows a reduction of costs, as well as greater efficiency and probability. Ramirez concluded, “This in the long run has a very positive impact on the economy and productivity.”

ANCA is a market leading manufacturer of CNC grinding machines. It was founded in 1974 in Melbourne, Australia where the company still has its global headquarters. ANCA has offices in the UK, Germany, China, Thailand, India, Japan, Brazil and the USA as well as a comprehensive network of representatives and agents worldwide.