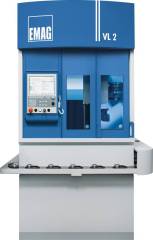 Award-winning – the VL 2 from EMAG is one of the most energy efficient machines in the world.

According to the “Future Panel” of the IW – the Institut der deutschen Wirtschaft (Institute for German Economic Research) – energy efficiency is becoming increasingly more important in the metalworking industry. The IW suggests that over 60 percent of the companies interviewed for the award are hoping for “a push forward toward innovation”. EMAG is an initiator of such innovations. Its experts develop machine tools and production processes that consume significantly less energy then its competition. In honor of this, EMAG has received the “Energy Efficiency Award” from the ZF Group. This award states that EMAG’s contribution has been honored as one of the top five.

From their efficient manufacturing technology to economical design and construction, the machine builders at EMAG have shown their in-depth know-how and experience in one of the most important fields of industrial development, to compete for the “Energy Efficiency Award” from ZF. The result convinced decision makers at ZF and EMAG’s competition entry called “Energy-efficient Production Machines” has been honored as one of the “Top 5 Projects“. In fact, in this particular sector EMAG was the only machine builder honored. Before the competition as part of its “Year of Energy”, ZF contacted approximately 600 of its suppliers, inviting them to participate in the competition. From 30 eligible entries, the specialists in driveline and chassis technology picked the top five. These five companies were invited to present their particular approach to efficiency on September 13th at ZF, Saarbrücken. 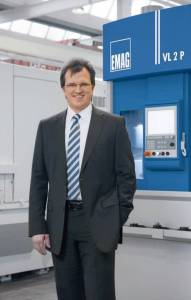 EMAG has been focusing on energy efficiency for years

“We are very pleased to have received this award”, declared Dr. Guido Hegener, Managing Director of EMAG Salach, Maschinenfabrik GmbH. “It is an incentive for us to continue on the chosen path. Our focus has been on energy efficiency for years.” During his presentation Dr. Hegener highlighted the various developments at EMAG:

“We have established how much energy each component consumes and where the biggest potential for savings lies”, explained Wolfgang Rummel, Head of Control Technology Development and Design at EMAG Salach Maschinenfabrik GmbH. He also referenced the concrete measures taken: EMAG includes the most efficient components in their standard machine design – for instance hydraulic packs with greater efficiency, low-wattage valves and intelligent auto-standby circuitry.

At the end of his competition presentation Dr. Hegener introduced a new overall objective: the development of the “sustainable factory”. He suggested that in future the production – together with the building in which it is situated and its technological contents – will be evaluated as a single entity. In conclusion, he expresses his belief that the measures taken to reclaim and recycle energy can lead to a potential saving of up to another 40 percent. 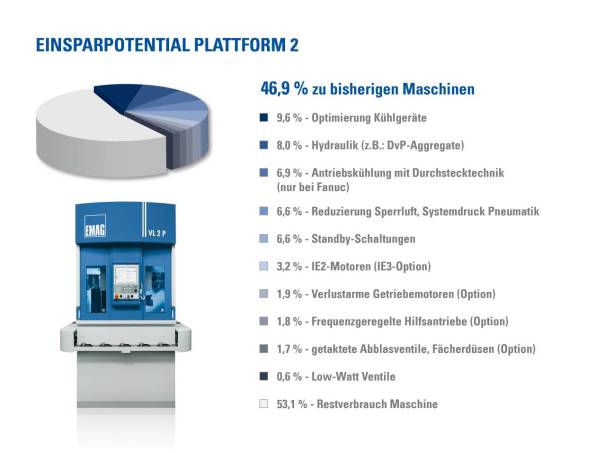 (text translation from above)

6.9% – drive cooler with through-hole technology (only on Fanuc)

Energy savings are implemented on the machines with Platform 2, as compared to similar earlier models = 46.9%.