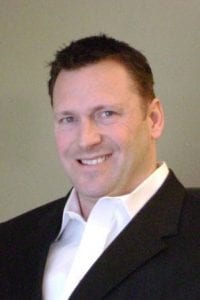 Editor Note: In this article, the author makes the case for the digital factory in food & beverage processing.  Much of the input here resulted from a “panel of experts” discussion held recently at the 2018 Manufacturing in America trade event, sponsored by Siemens at Ford Field in downtown Detroit, Michigan.

In a recent study we conducted at Siemens, where we talked to 40 firms in food & beverage, it was determined that over 50% of firms are already using connected sensors in their operations.  Likewise, 60% are using digitalization tools such as track-and-trace to monitor ingredient flow through their supply chain.  Finally, over two-thirds of those surveyed are encouraging their suppliers to provide data from their own operations and production processes, improving transparency and creating new opportunities to drive efficiencies.

On the flip side, less than half are using advanced data analytics, 85% have lag times over 24 hours between data collection and analysis, plus, perhaps the most challenging fact, over a quarter of the companies surveyed do not yet have a fully defined data management strategy.

In the past, the notion of a food or beverage processor being able to look at a prioritized set of data, in the cloud, in real time, making OEE, shift or even complete plant utilization assessments and sending instantaneous triggers for corrective action to the factory floor with remote, ongoing data back-up for further analysis that included supply chain and even consumer feedback would have been a wish list item.

With the onset of complete product lifecycle management (PLM) technology, coupled with advanced machine controls, data gathering devices and communications software, with platform-as-a-service capabilities, today’s processor can transition to the digital factory with greater ease and confidence than previously thought possible.  As one industry expert observed, “Digitalization is making its entry into our market, but it does require management to have vision, a competent team to do an evaluation and a trusted supply chain of vendors and integrators to make it happen.” 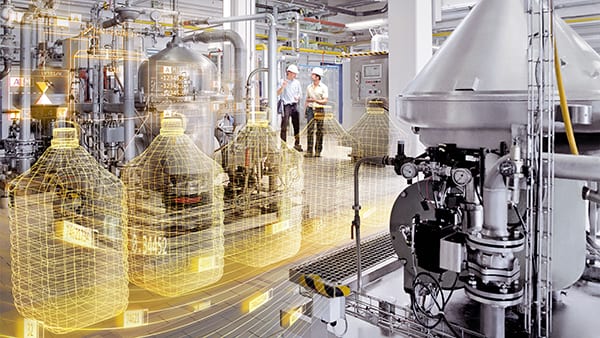 Line efficiency, speed, product validation, production tracking and, a rapidly emerging trend in our business, namely, the need to have flexibility in the line for changeovers to meet the increased variety demands of the buying public are all drivers in this rapidly evolving landscape of the digital factory.

Expanding on some of these points:

During the recent Manufacturing in America event at Ford Field in Detroit, at a Futures Forum sponsored by Siemens, a panel of industry experts from various segments of the food, beverage and CPG market gathered to discuss the trends in digitalization and its impact on their companies, their equipment and, of critical importance, their people, both current and future team members.

This recap summarizes a very lively 90-minute discussion held at the Forum, which was moderated by the author. 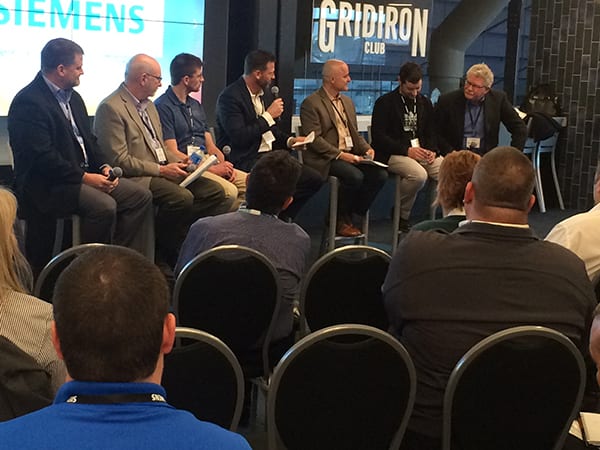 The session included a review of the best practices and outlook for digitalization among the manufacturers, equipment builders and others in the supply chain, as well as the editor from a leading automation trade magazine.

While the participants were already engaged at different levels in the digitalization process, one remaining hurdle was exactly that degree of difference, as it impacts their relationship with vendors, distributors, automation integrators and end users alike.

Most all at the forum had significant automation and digital factory initiatives in progress or planned for the near future, a very positive sign for the industry in its quest for global competitiveness.

As consumer demand for product diversification, transparency in ingredient sourcing and even the packaging variances between the local grocer and the big box retail operation all affect the operation of the food & beverage industry, the future opportunities for digitalization and its possibilities for manufacturers will continue to expand at a rapid pace.

Another key concern for the group was the process of introducing employees, including those with decades of experience on the job but little exposure to the digital world, to this emerging trend.  Most companies were actively engaged in training, both for the current labor force and the next generation.  It was agreed that the machines and equipment in the factory needed to reflect the HMI qualities of the consumer electronics that occupy so much of modern life today.  As a collateral benefit, the digital factory, by definition, would attract more young talent to enter the manufacturing field.  As one participant put it, “They expect digital nowadays.” 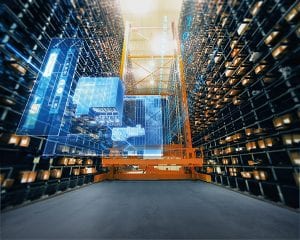 On the logistics of implementing digitalization, it was unanimously agreed that one-off projects would not achieve the desired results with any efficiencies.  The better approach was a thorough plan, developed by the end user working with their machinery, equipment and automation suppliers, as well as customers, to achieve an optimum hierarchy of needs.

All agreed line efficiency and speed were paramount on the scale of basic requirements for an effective system.  Product validation and production tracking in a digital environment means analyzing not merely collecting data, in real time.  The goal is delivery of actionable knowledge about the process, they concurred.

For the factory floor, the impact of robotics was a very lively topic of discussion.  It was noted that “…robots can replace but also augment people and this will require an entirely new paradigm of ergonomics.”

On the financial front, it was agreed that driving management to implement digitalization must be more than a decision about dollars.  The future of the companies that were major players in food & beverage 50 years ago was directly tied to their willingness to adapt every aspect of their companies to the changing tastes and purchasing practices of the buying public.  Today, there are myriad means available for the younger generation to acquire everything they touch, wear, taste, drive and consume.  The smart companies, it was mused, will be the SMART companies, meaning those who incorporate the digital factory precepts into their entire operation and company vision.

Finally, the fun part…an outlook overview on the future of the market, from the perspective of the participants on the panel and in the audience.  All the following areas were discussed as potential and, in some cases, already initiated areas for digitalization to become a positive factor…

Ryan Jarvis may be contacted for comments or questions at ryan.jarvis@siemens.com.