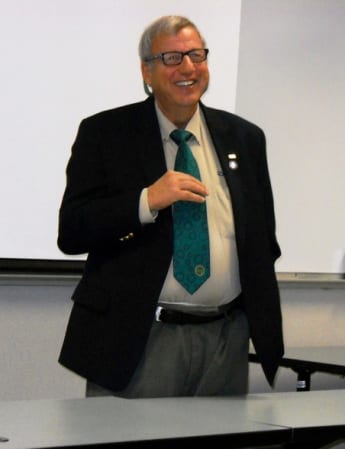 With the use of the internet and social media, we have access to businesses and products without the limitation of boarders and time-zones.  More and more companies, even small, family owned businesses like Forest City Gear, find themselves very active in the global market.  During his speech. Fred stated that “although the title suggests I deliberately set out to grow global exports, in reality, we fell into it accidentally.” He explained it was his customer’s desire for cheaper production and assembly, along with their unwillingness to lose Forest City Gear’s quality and service, that initially brought FCG into foreign markets.  Once recognized in these new markets, Forest City Gear’s unwavering belief in concentrating on high quality, doing what others cannot do expediently and having the most up-to-date gearmaking equipment brought them additional business in these countries.  As a result, staying true to these principles has established FCG as a leader in the world market for high-precision gears. 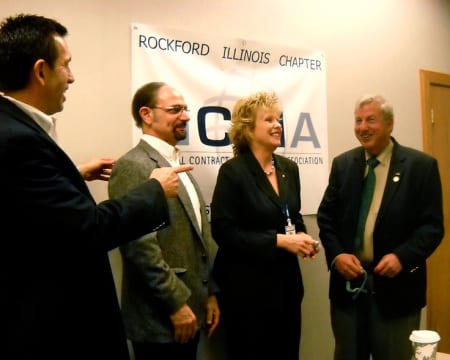 As Fred briefly described the history of Forest City Gear, founded in 1955 by his parents, he stressed that quality and on-time delivery have been essential in proving and maintaining the company’s reputation of excellence since its inception.  Fred believes the greatest lesson his father taught him was to reinvest every last dollar.  He further believes reinvesting has been a key factor in their success on the global market.  Over the past 30 years, FCG has reinvested 25%-40% of gross sales each year into new equipment.  FCG’s philosophy is: when you are competing with other gear companies all over the world, it is important to be on the cutting edge.  “Others have primarily shot themselves in the foot with the lack of reinvestment.  Those who would had been considered leaders 50 years ago didn’t reinvest to update and bring their machines current and, as a result, they cannot compete in today’s global market.”

FCG believes it is a serious error if you don’t know your competition, know what they are delivering and how they do it. In addition to keeping his facility focused on quality and excellence, Fred visits gear companies and machine builders all over the world.  Seeing how others run their facilities is “critically important”, as it provides knowledge and insight in offer something better than what the competition is producing.

“The future of exporting manufacturing is critical to the health of our country, we need to educate our youth, keeping that notion going is important to our future.” FCG continues to have a strong presence in the world marketplace by keeping their facility current, educating their employees with top-notch trainers who have global experience and by cultivating a reputation of excellence and helping others, even their competitors.

“Our clients are now all around the world and they found us in Roscoe, IL.  Who has ever heard of Roscoe, IL?  But we have developed a reputation for gearmaking excellence… Forest City Gear is always seeking, always exploring and always learning.”

Forest City Gear was founded in Rockford, IL in 1955 by Evelyn and Stetler Young, parents of Fred Young.